“Duke is a large black & white male domestic cat that lives with his sister “Felipa” and their owner Brenda. Duke a then strapping 7.5kg cat, came into the clinic on 21 January 2013 with a post-fight abscess on his lower back. Duke-Katti is the boss and loves to pick fights with the neighbour’s cats! The next day he was sedated and the abscess was cleaned out as any routine abscess would be. However, 3 days later, Duke developed acute kidney failure as well as severe necrosis to the skin near the abscess site. After a long discussion with Brenda, we decided to give him a chance – if we could reverse the kidney failure then Brenda would accept the long road to fix the damaged skin. 4 Days of intensive kidney therapy produced a happy eating cat again! Then began the long walk to skin health. There was an area approximately 12×12 cm that simply but slowly died off with severe necrosis of the underlying fat. In 3 weeks Duke lost more than 2kg body weight.

But, a persistent and very caring owner, a compliant patient, Duke being on a Pet-Medical-Aid, a range of therapies, numerous surgeries (by us and by a Veterinary Cosmetic Skin Specialist-possibly the largest skin flap attempted in a cat, assistance and advice received from a Cape Town Holistic Vet and over 4 months has produced an almost healed wound, a cat growing back into itself (he is now 6.1kg) and a team of vets and support staff that marvel at the ability of our patients to heal and their owners to care! Brenda, Dukes servant as he likes to think, is a remarkable woman who has remained patiently persistently optimistic in all of this, and we commend her and Duke for being so great! Below are a series of photos of the procedures that Duke underwent. 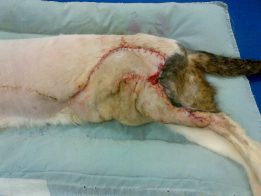 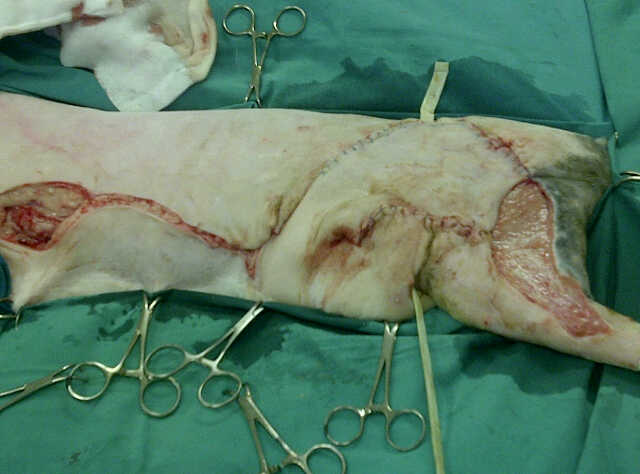 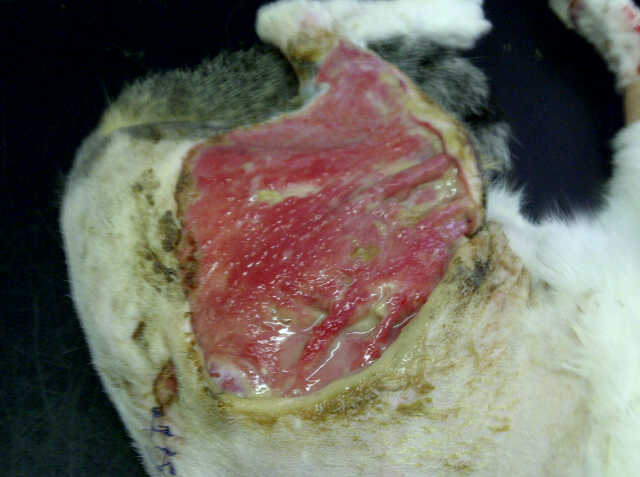 The road to recovery

The following photo was taken by Brenda and was accompanied by the following email message from Duke: 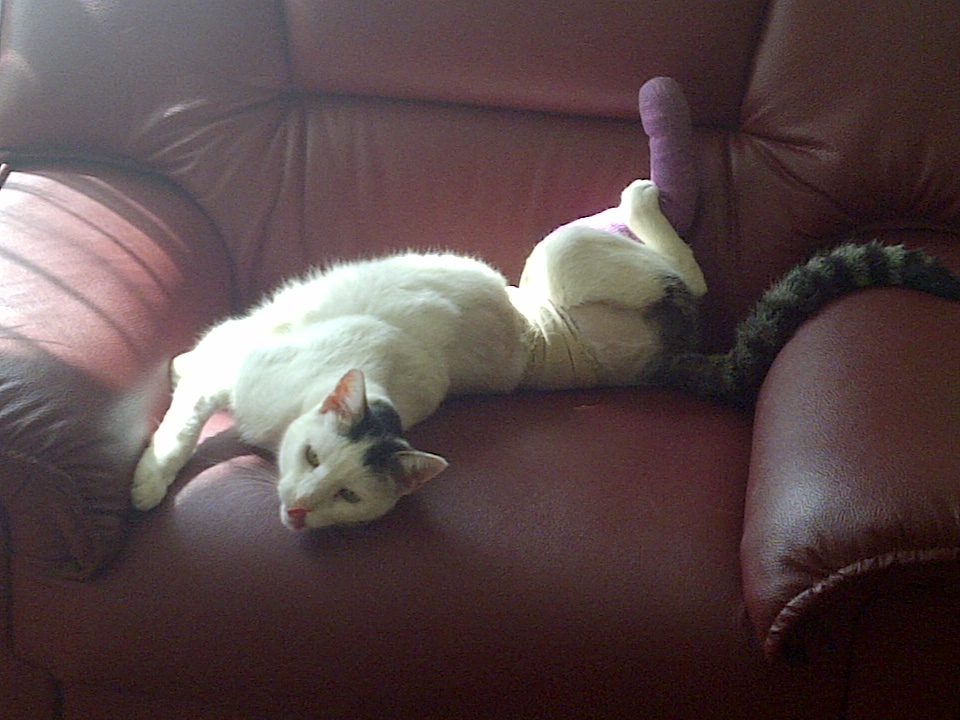 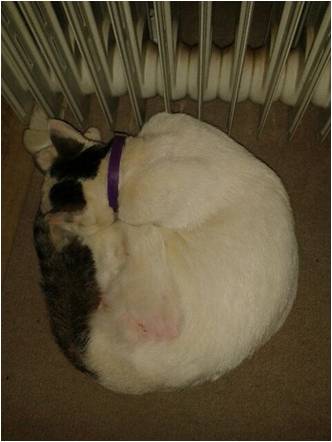 The Vets and Staff at Radiokop Animal Clinic